Anatomy of an Ergo transaction

Each transaction executed on Ergo consists of these three things.

While the use of data-inputs may not be immediately apparent, they play a major role in making Ergo more friendly to DeFi applications where we want to refer to a box without needing (or having the ability) to spend it, such as in decentralized order-books (DEX). For instance, the above transaction used a "timestamping service" to timestamp a box provided as data input.

A script in Ergo can refer to other boxes in the transaction. For instance, the code snippet INPUTS(0).value > 10000 && OUTPUTS(1).value > 20000 in any of the inputs boxes would enforce that the first input and the second output boxes must have a value greater than 10000 and 20000, respectively.

For a comparison between the logic used in eUTXO and account-based models, please see Off Chain Logic & eUTXO.

You may have experienced some confusion if you have checked the explorer to view your transaction details. The UTXO model is critically different from the Account model via the concept of "boxes" we introduce for data-keeping. In the Accounts model, there is a single account where you receive your coins. In the UTXO model, however, every tx (transaction) creates a new box, and your balance is the sum of all the boxes linked to your addresses.

To be clear, your Yoroi private key can consist of more than one box in a single address to hold your coins. 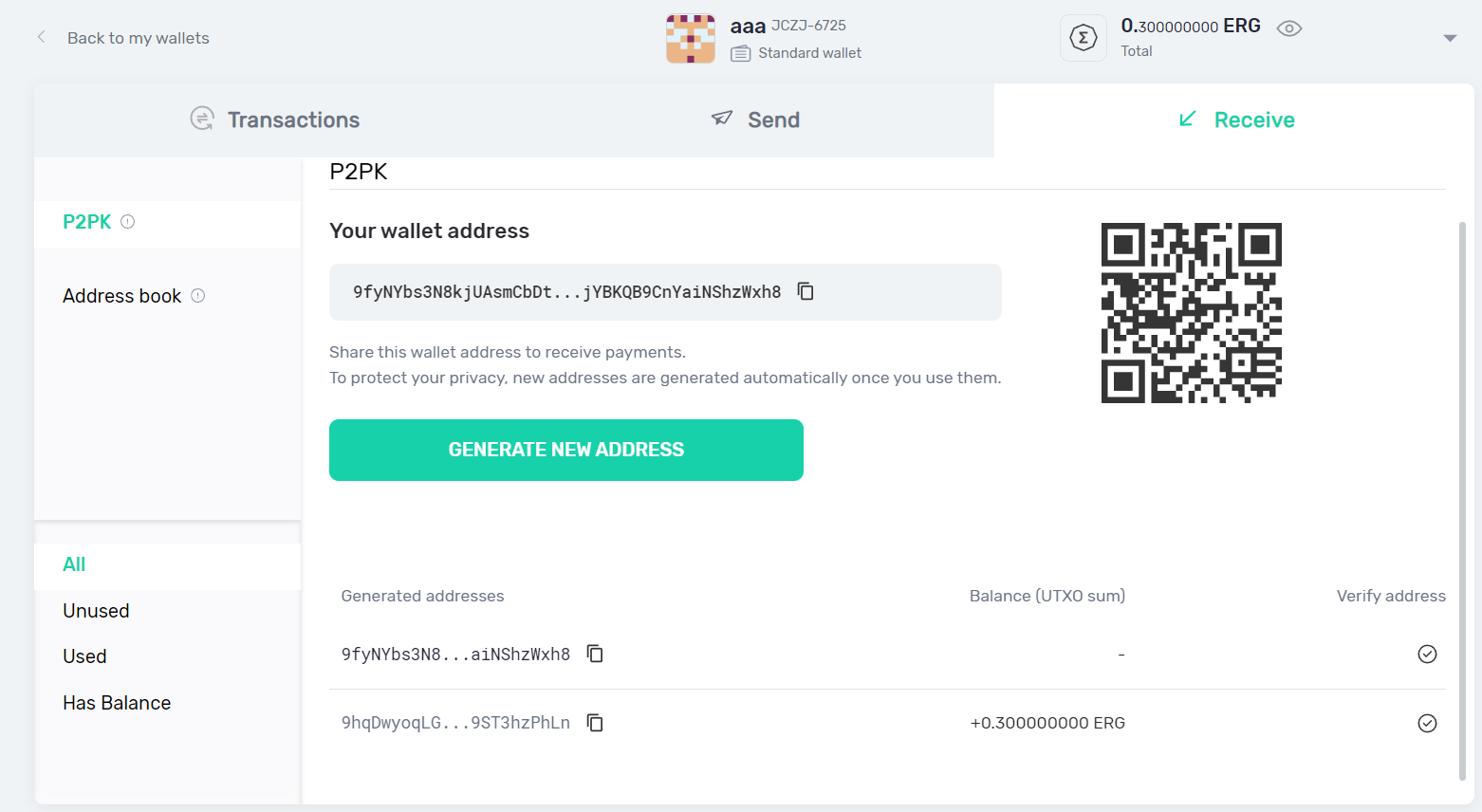 This feature can create misconceptions by the user at first glance. When you make a transaction, the network scans your "boxes" to verify if you have your tokens and then initiates the transaction.

Things get complex after this point because you can not guess which boxes are going to be spent. Imagine you have three different receiving addresses. You received a couple of coins in each of them, and you want to spend some of your coins. In a Yoroi wallet, you can hold any Ergo native coins such as SigRSV or SigUSD. When you initiate a transaction that accesses the boxes of these coins, you will see that they are taken away and then redeposited. Recently, an Ergonaut raised the following question:

Let's take a look at the details of this particular transaction:

To make a transaction of '31 ERG`, the wallet selected three of the boxes with ERG:

On the left section of the image above, you will see approximately 228 ERG taken, while on the right section, you will see 31 ERG sent and 197 ERG redeposited to your wallet.

So your wallet used three of your boxes to spend the desired amount. This action includes all the assets in that box to the transaction.

After the desired amount is spent, your funds are simply refunded to your address in a newly created UTXO box or boxes. Therefore, spending any coin in a box means spending the whole box and creating a new UTXO box, which is why you see your tokens are taken away and then redeposited.

The selection of which boxes to spend is a secret of the wallet's random selection strategy. Whatever coins are in the selected boxes, be it SigRSV, SigUSD or NFT will be displayed as per the example.

The Accounts model contains a single box, and this box is not spent. It remains the same so that non-related coins will remain unaffected.

The UTXO model, on the other hand, contains a set of boxes that represents the total amount of the user's balance and the unspent transaction output has to change with each spending transaction.

You may see a long list of tokens when swapping just 5 SigRSV as below: 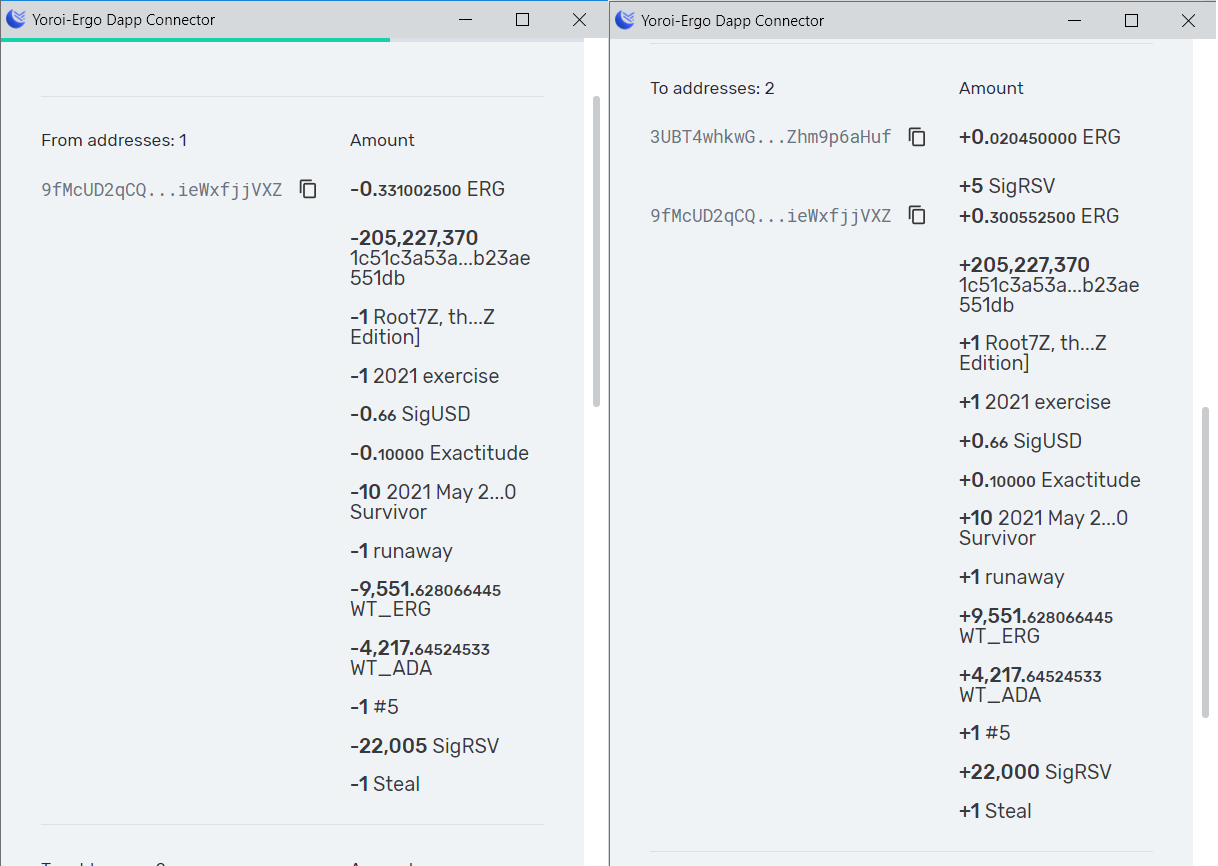 This is how UTXO model Transaction works - its storage is different from the Accounts model. In the UTXO model, coins will be stored in one-use UTXO boxes and not in long-living accounts.